Treasured across the pond as having a voice of Sinatra, it is not only the Brits who have fallen under the spell of Vince Eury’s voice. Vince is a quintessential smooth jazz vocalist with a mesmerizing sound. If his voice were a fine wine, it would be a 1947 vintage LaFleur Bordeaux. He brings romance to a love story and peace to an evening at home. It was legendary jazz artist, Clay Osborne (brother to R&B great, Jeffrey Osborne), who said “[Vince Eury has] the voice we’ve been longing for.”

Vince brings his life and heart to his music — including all the victories and even the defeats. At times, that pain is palpable through his deep vocals, but so too is reality, which is why audiences find themselves connecting to his music on a very personal level. Loss is not what tells Vince’s story, however. It is his resilience. And, now, after years of dividing his passion for music with being a dutiful man, he is embarking on a new season of life and fully surrendering himself to his one true love of performing jazz.

Widely recognized in Washington, D.C. for his jazz vocals, Vince was handpicked to perform in President Barack Obama’s We Are One Inauguration Concert, where he shared a stage at Lincoln Memorial with such icons as Bruce Springsteen, Beyoncé, and Jamie Foxx.

As a young man, Vince was most influenced by the late Johnny Hartman (who has the distinction of being the only vocalist to ever record with John Coltrane). Vince went on to serve as lead vocalist for the Navy Band of Newport, RI; and while serving in the Navy, he and the Band were showcased across America and in Canada and Iceland.

Vince is proud alumni member of the internationally celebrated and award-winning gospel choir Patrick Lundy & The Ministers of Music. During his four-year tenure, he was the background vocalist to music industry phenoms such as BeBe Winans, Kirk Whalum, and Lady Tramaine Hawkins and performed at the renowned John F. Kennedy Center, Howard Theatre, and the White House. Vince now performs annually with “The Artist Choir”, joining some of DMV’s most prestigious vocalists and arrangers. The Artist Choir is under the direction of Roderick Giles.

Since deciding to pursue his music fulltime, Vince has released four new singles, one of which – “The Nearness of You” – was selected for the soundtrack of The Serial Cheater, a web series by Silk White.

Vince is originally from North Carolina and lives just outside of Washington, DC. 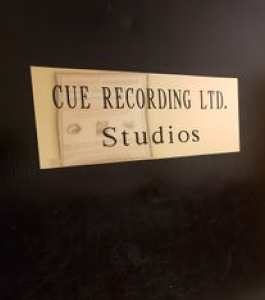 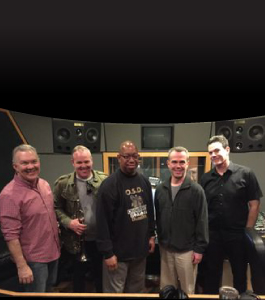 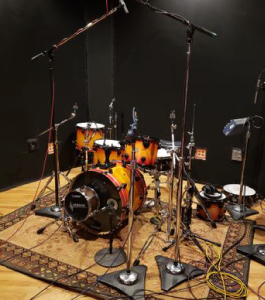 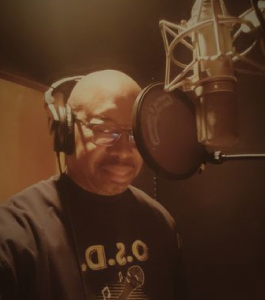 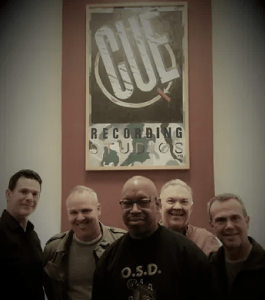 Geneva Renée, the highly sought after mezzo-soprano, whose range spans three octaves, was handpicked to fill in at the last minute for Mariah Carey to sing “Hero” during a dress rehearsal for the Obama Neighborhood Inaugural Ball. An alumna of Howard University, Geneva is heavily influenced by classical, jazz, soul, gospel and pop, and has been a featured soloist at internationally broadcast events honoring Presidents Barack Obama and Bill Clinton. As an artist, she has shared the stage with the stars including Diana Ross, Maysa Leak, and Vanessa Williams; and has performed across the country in legendary venues such as Blues Alley, the Kennedy Center, the Cotton Club, and the Howard Theatre. Geneva Renée is the inaugural winner for NBC4 TV’s singing competition, “Be a Voice V.I.P.,” granting a VIP audition for NBCUniversal’s The VOICE, and she most recently sung the Star Spangled Banner for the Orioles MLB team in Camden Yards.

As a gifted singer/songwriter, Geneva Renée taught and performed her original soul-stirring song, Press On, to a 500 voice choir in 2013 as the official theme song for the National Centennial Founders Day DVD of the Delta Sigma Theta Sorority, Inc.  Press On was then considered for nomination as Song of the Year in the 56th Grammy Awards; and is on her debut full-length album Beautiful Wonder, produced by Dinky Bingham (Patti LaBelle, New Edition, Kylie Minogue).  Geneva also has an official music video online entitled, In the Morning.

Geneva is a featured soloist on “Lord, You’re Holy” with Stellar Award-nominated ensemble, Patrick Lundy and the Ministers of Music, on their album entitled “Determined”.

AWESOME!! These are lovely recordings! The sound quality is clear and your voice is pushed forward perfectly. I love your bass/baritone voice. I truly enjoy your jumps between octaves. It shows your vocal and dynamic control. The build keeps me engaged and makes me want to lean back and immerse myself into the song. So classy!! Congratulations!!

‘I See Your Face Before Me’ is a remarkably beautiful ballad. Vince’s tone, coupled with this amazing song equals magic, If you love quality music, you will love this tune.

It was great working with Vince. His music flowed perfectly with my movie and I look forward to working with him again in the near future.

Vincent Eury brings audio to life—his performance depicting a first-person narrative of a historic figure is insightful and moving. Vincent is professional and fun to work with!

I have been producing television and radio commercials for clients for over 35 years. As a writer and director, I have worked with just about every type of voice and on-air talent available in the industry. When selecting voice talent, I look for flexibility, voice range, speed and clarity, and then hope that person can take direction.

Vince Eury hit it out of the park on all fronts! With minimal effort on my part, he was able to pick up the nuances I required for inflection, emphasis and speed at key segments without
disrupting the entire :60. He was professional, timely and genuinely diligent to produce a first rate read. I like that and would recommend him to any Advertising Agency in the business. And best of all he has the unique ability to sound like one of the most famous actors on the planet.
Thank you Vince, we’ll work together again!